“The show was essentially a collaboration between Ms. Fischer and J.C. Maillard, her musical director.[…] In resplendent vocal shape at 56, she brought down the house in the single best show I’ve seen in the many years I’ve visited Birdland.” – Stephen Holden, The New York Times

“They did not disappoint. The sold out show was packed to standing room only with adoring fans who have been waiting nearly two decades for this amazing moment.[…]She is now more than ever a brilliantly shining star.[…]The chemistry between she and Grand Baton’s musical director/arranger J.C. Maillard is great. It takes a special kind of awesomeness to work with the likes of Lisa Fischer and Grand Baton is well suited for the task. They are skilled to play multiple instruments and most importantly they listen to each other which is critical in making memorable music.” – Sir Harvey Fitz, The Examiner

“Grand Baton[…]provided the perfectly sly, groove to the warmth of Ms. Fischer’s soulful originals and some wild renditions of well-known covers.[…]A just as inventive Jumping Jack Flash with JC Maillard cutting wild guitar grooves and singing like some chanting angel with Lisa[…]she did just the warmest vocal flights and deep meaningful vocalizing, rolling the end of the tune to be about the power of love…which the crowd at Jazz Standard gave this humble beautiful woman with the stellar voice back in spades this night.” – Ralph Greco, Short and Sweet NYC

“Anything but a nostalgia act, she’s jumping back into the fray with a singular ensemble that has already honed an intricate synthesis of Caribbean and West African rhythms, jazz and rock.”- Andrew Gilbert, Mercurynews.com

“The stunning power and suppleness of her voice’s parks the soul, a flame that burns long after she’s left the stage.[…]an explosive rendition of Led Zeppelin’s Rock and Roll. Grand Baton transformed the rhythm into a veritable inferno underneath Fischer’s unbridled vocals.[…]Fischer and Grand Baton took a unique approach on the Rolling Stones’ Jumpin Jack Flash and unearthed heretofore hidden qualities in the song’s composition.[…]The audience rose to their feet, saluting an artist whose virtuosity is beyond compare.” – Christian John Wikane , Pop matters

“Fischer’s unique vocal style is well served by the understated but richly textured arrangements crafted by her guitarist and musical director, J.C. Maillard[…]. Her backing trio[…]sounded much larger than the sum of its parts.” – Dan Emerson, twin cities.com 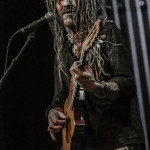 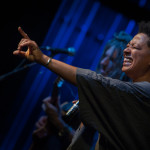 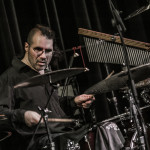 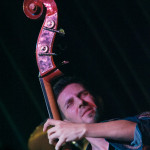 The Drums in Grand Baton